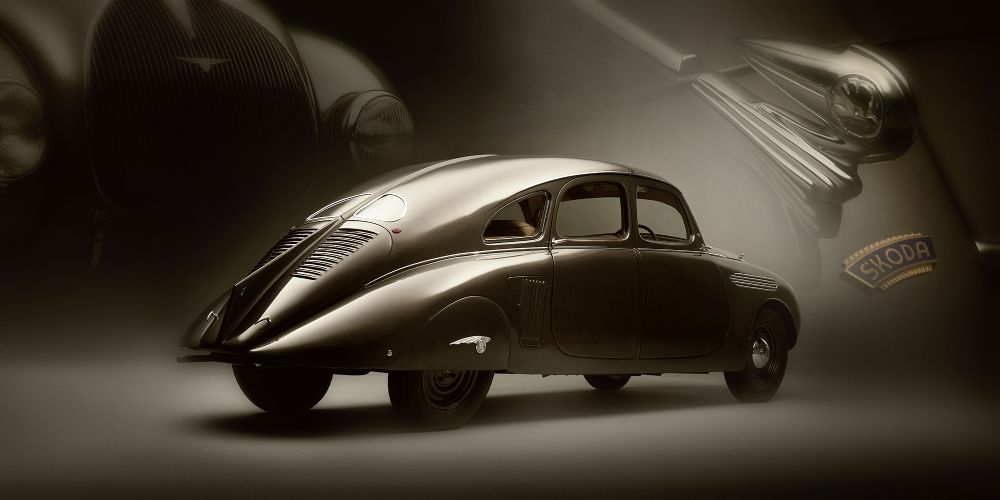 Aerodynamically, the shape of a drop of water faces the least air resistance, so in the years running up to the Second World War, numerous ŠKODA vehicles strove to replicate this “teardrop” look.

ŠKODA was engaged in a full-scale model offensive in 1934 and 1935, during which the top-selling 420 POPULAR was joined by the new ŠKODA 640 – SUPERB and the compact RAPID sedan. The ultimate highlight of the 1935 Prague Motor Show, however, was the ŠKODA 935 DYNAMIC prototype.

The designers, having decided to adhere as much as they possible could to the rules of aerodynamics, came up with a highly unusual streamlined body whose drag coefficient (cx) was just 0.37. To put that in context, that’s the same resistance as the 1995 Ferrari F50.

One of the most exciting parts was the rear section, featuring a fin designed to increase driving stability when the car was haring along at speeds of up to 140 km/h. Another unconventional design element was the backbone chassis with a fixed central tube used as a 40-litre fuel tank. At the time, this big four-door car, 4.8 metres in length, embodied a futuristic idea of what a prestigious car should look like. The ŠKODA designers managed to keep the body lightweight by using a combination of aluminium and steel (the car’s kerb weight was a mere 1,170 kg).