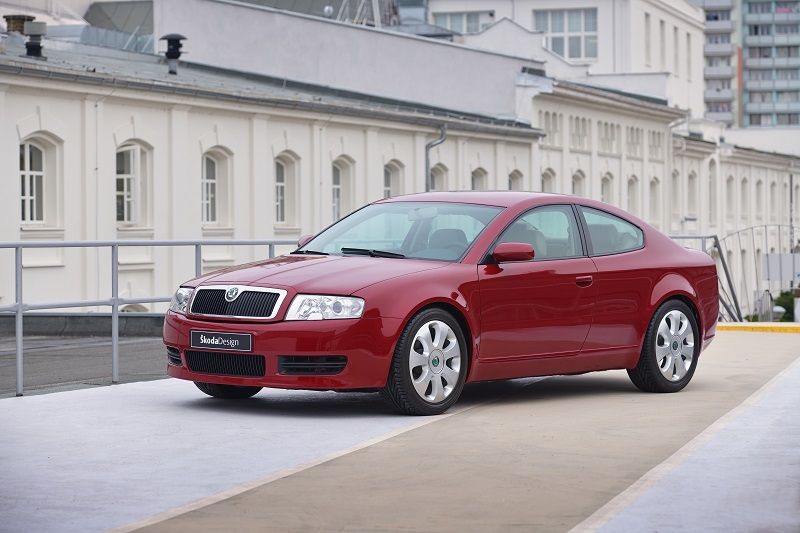 This car was not designed for mass production. The aim of the ŠKODA TUDOR concept from 2002 was to showcase the potential offered by Czech designers. It was a test the car passed with flying colours.

Not only did they design a well-balanced car that is still beautiful today, but they also laid the foundations for the brand to be inspired by Bohemian Crystal and foreshadowed ŠKODA’s signature C-shaped lights.

A traditional four-seater coupé combining timeless elegance with sporty rapaciousness, the ŠKODA TUDOR can now be found in the collection of the ŠKODA MUSEUM in Mladá Boleslav. In 2000, the car’s “spiritual father” was Wilfried Bockelmann, then Head of Technological Development at ŠKODA.

The design team surpassed all expectations. Guided by the then chief designer Thomas Ingenlath, Zdeněk Cibulka designed an elegant coupé called the TUDOR, and this car was what impressed Wilfried Bockelmann most. With a well-coordinated and enthusiastic team in place, the Design Department then continued this work apace. One of the keys to success in design work is a good model-maker. Originally 1:4, this model was enlarged on a computer and used to produce parts for an actual-size plastic model. The final car followed immediately after that. The whole process took a matter of months.

Besides the car’s two doors and its smoothly descending roofline, the side view is dominated by two rising lines: one of them starts at the headlamps and ends on the bottom edge of the side windows, the other one (lower) leads from the door handles and extends as far as the rear wings. These two lines intersect in the middle to dynamically widen the rear wings.

Tudor I a name featuring prominently in SKODA’s history. Thanks to the car that spearheaded the company’s renewed production operations in the aftermath of the Second World War. The ŠKODA 1101 was based on the pre-war POPULARs and bore the same numbering as the type assembled during the war. However, what stood this car apart from its forerunners when it was introduced in May 1946 was its boldly revamped, appealing design. At the time, the carmaker was keeping staunchly to the curt number-based name Š 1101, so it was the motorists themselves who came up with a better name for the popular and reliable vehicle: as it had a two-door body, they used the English “two-door”, which evolved in Czech into TUDOR. This name quickly caught on and was even used for other body versions, including the four-door sedan and the estate. The range also included a convertible and an open-top military and police vehicle. In 1948, the TUDOR was facelifted and renumbered Š 1102. By the time production ended in 1952, almost 67,000 of these vehicles had been made. More than two thirds were exported, so they could be seen in droves on the roads in Pakistan, Australia and Brazil. In Europe, the bestselling export markets were the Netherlands and Poland.