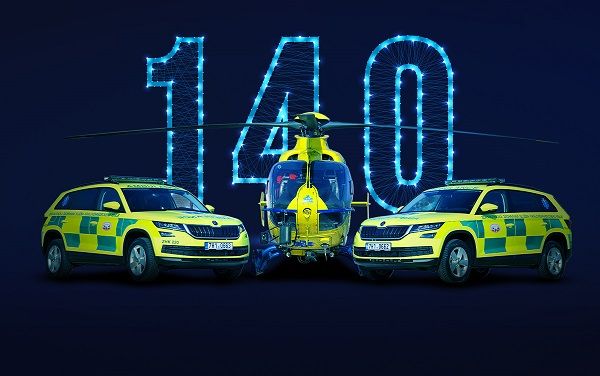 One hundred and forty kilowatts – that’s the power of the 2.0 TDI engine propelling the ŠKODA KODIAQ. ŠKODA has donated two of these cars to the Hradec Králové Region’s ambulance service. In fact, many countries use ŠKODAs in their emergency medical services.

The number 140 is the star of the show as the latest Number of the Month, ŠKODA Storyboard’s series in which we regularly shed light on interesting facts about ŠKODA cars, expressed through a particular number.

The two donated ŠKODA KODIAQs will be used in the immediate vicinity of ŠKODA’s Kvasiny and Vrchlabí production plants. Their powerful engines come complete with seven-speed automatic transmission and all-wheel drive.

The use of ŠKODA models to produce ambulances has a deep-seated tradition that has been saving lives for more than 110 years now.

ŠKODAs are popular among emergency medical and security services across Europe. A specially-fitted ŠKODA KODIAQ is used by ambulance service doctors in West Bohemia’s Plzeň Region, while London’s Air Ambulance has not only two KODIAQs, but also three OCTAVIA RS COMBIs. ŠKODAs are also used by British police and firefighters, and you will find them in the service of police officers in the Czech Republic and Switzerland, too.