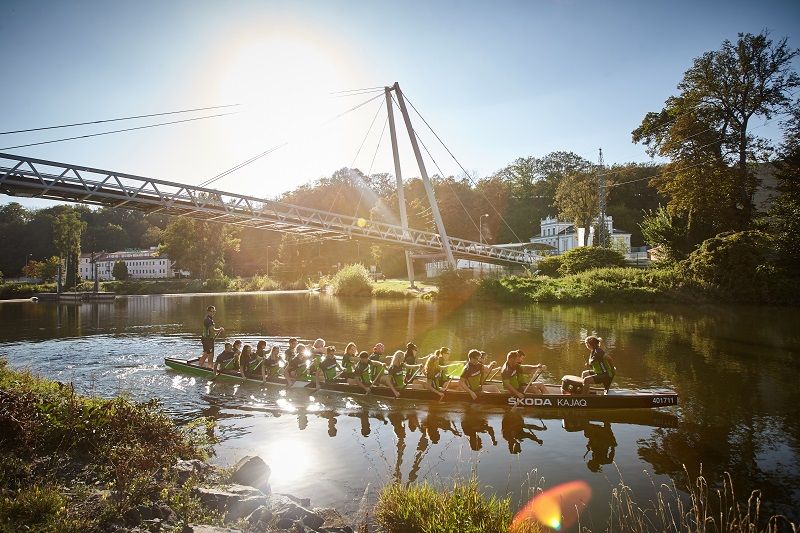 Although you might get the impression you are watching two student classes on the banks of the Jizera river, you would be misled. The green-black colour of their jerseys recognizable from a fair distance give away the fact that they are here to represent the ŠKODA team in an activity where unity is the most valuable thing.

Olena Hryniak, an editor and at the same time the team leader of the dragon boats called ‘The Green Dragons’, greets us: “Let’s go, the training is about to start.” The history of this two-thousand-year-old dragon ship tradition originally comes from south China. The sport was rediscovered in Hong Kong in 1976 and its popularity quickly spread to Europe. In Wolfsburg, Germany, major races take place every year in September where Volkswagen crews compete - and two ŠKODA teams with them. The already mentioned ‘Green Dragons’, which are formed mainly by the board of directors’ assistants, compete mainly in the FUN-Sport category..

The more experienced ŠKODA crew scores in the Sport category. The rowers participate in various key races not only in the Czech Republic but abroad as well. Although the season starts in the spring, the crews have to prepare themselves throughout the whole year either individually or during circuit trainings.