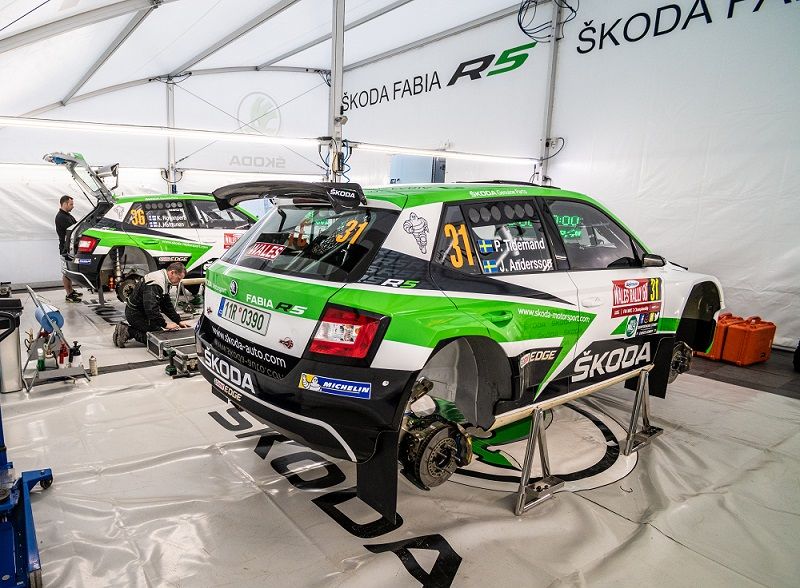 They are the unsung heroes of rallying. In the service park, ŠKODA Motorsport’s mechanics fight for seconds as fiercely as the drivers do during the rally stages. Read their thrilling stories from behind the scenes.

Being a ŠKODA Motorsport mechanic is more than a full-time job. These team members spend days building and preparing ŠKODA FABIA R5 rally cars by hand – some for the factory team, more of them for customer teams. Don’t forget that ŠKODA Motorsport has sold almost three hundred of these rally cars around the world. What’s more, the factory team members spent a full 130 days abroad at WRC events last year. This means that they are far away from home for a large part of the year – and rallying means long periods of waiting interspersed with moments of extreme stress. Not everyone can handle this.

During a rally, each mechanic is responsible for one quarter of the car, which they know inside out. Usually, they keep to that section of the car for the whole of the season: front left, front right, rear left, rear right. Of course, they have the skills to service any other part of the car, too, but the target is 100% performance. For example, if you’re handed the front right wheel position, that means you’re responsible for the axle, damper, brakes, lower part of the engine, wing, door, co-driver seat and other interior parts. It is also important to keep an eye out for leaks, such as any sign of the brake fluid seeping out. There are also marks on each and every screw to indicate the slightest move.

CLICK HERE to read what the mechanics have to say.