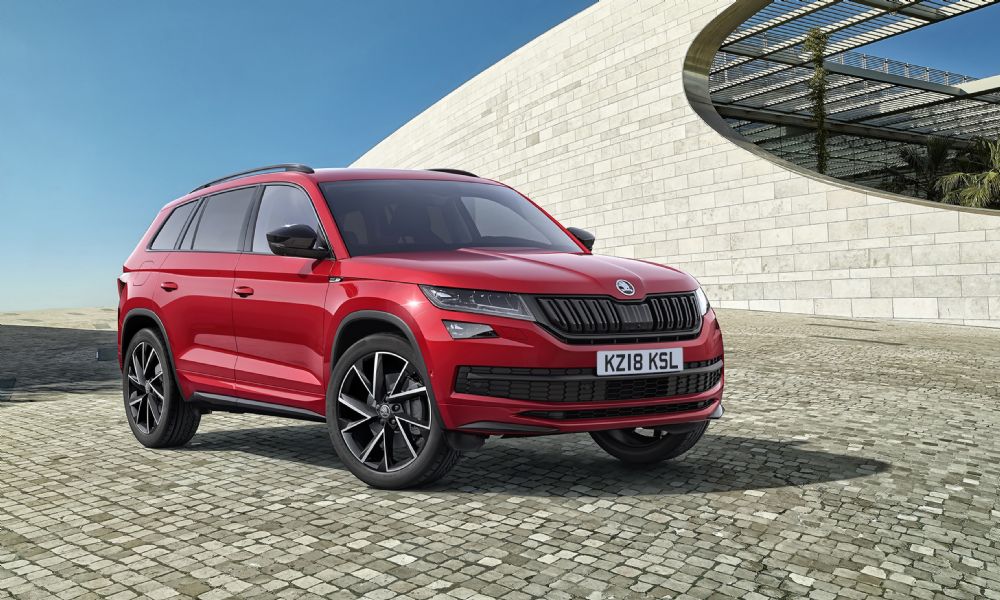 Milton Keynes, 3 May 2018: Motoring review site Honest John has named the ŠKODA Kodiaq its overall 2018 Car of the Year – adding another trophy to the Czech SUV’s remarkable collection. In addition to awarding the Kodiaq its highest honour, Honest John website visitors also named the Superb as its Family Car of the Year for the second year in succession.


Unlike other awards, the Honest John honours are chosen by the 2.3 million annual visitors to the HonestJohn.co.uk website, rather than a panel of journalists and experts. The reviews that generate the most interest – judged by the number of page visits – are the winners. This provides a unique picture of the cars that generate the most interest and excitement among real buyers and enthusiasts.

Having already netted a hat-full of awards in previous years, ŠKODA has gone one better in 2018 by taking the overall Car of the Year title for the Kodiaq. The brand’s first seven-seater SUV went on sale last March and has proved a huge hit with both buyers and the motoring media. The Kodiaq swept to victory in Honest John’s SUV category – and generated more page hits and visits than any other car during the judging period.

Commenting on the Kodiaq’s appeal to readers, Honest John Managing Editor Dan Powell said: “Comfortable, spacious and well-equipped, the Kodiaq is everything an SUV should be. Its popularity has grown steadily with the readers of HonestJohn.co.uk over the past 12 months and it’s easy to see why our audience hold the Kodiaq in such high regard. The ŠKODA Kodiaq is a brilliant family SUV and a worthy winner of the Honest John Car of the Year 2018.”

And it wasn’t just ŠKODA’s large SUV that proved a hit with Honest John readers over the course of the last year. The Superb has continued to dominate the family car category – a remarkable achievement for a car that made its debut in the UK in 2015. Such was the level of online interest in the brand’s spacious hatch and estate that it generated more web traffic than any other sector model during the judging period.


“To take the Large Family Car of the Year award for the second time in succession is a fantastic achievement.” Commented Dan Powell. “In our opinion, the Superb is one of the most accomplished cars in its class. Remaining true to ŠKODA’s value for money principles, the Superb surges ahead of the competition by raising the bar for family car quality and refinement.”


The Honest John Awards are just the latest in a long line of accolades won by the Kodiaq and Superb. The former has taken more than 10 top industry titles since its launch last March, including TopGear Magazine Family SUV of the Year, Auto Express Best Large SUV and What Car? Best Large SUV. The Superb, meanwhile, has racked up more than 20 titles including Best Car awards from What Car?, Auto Express, The Telegraph and The Sunday Times.