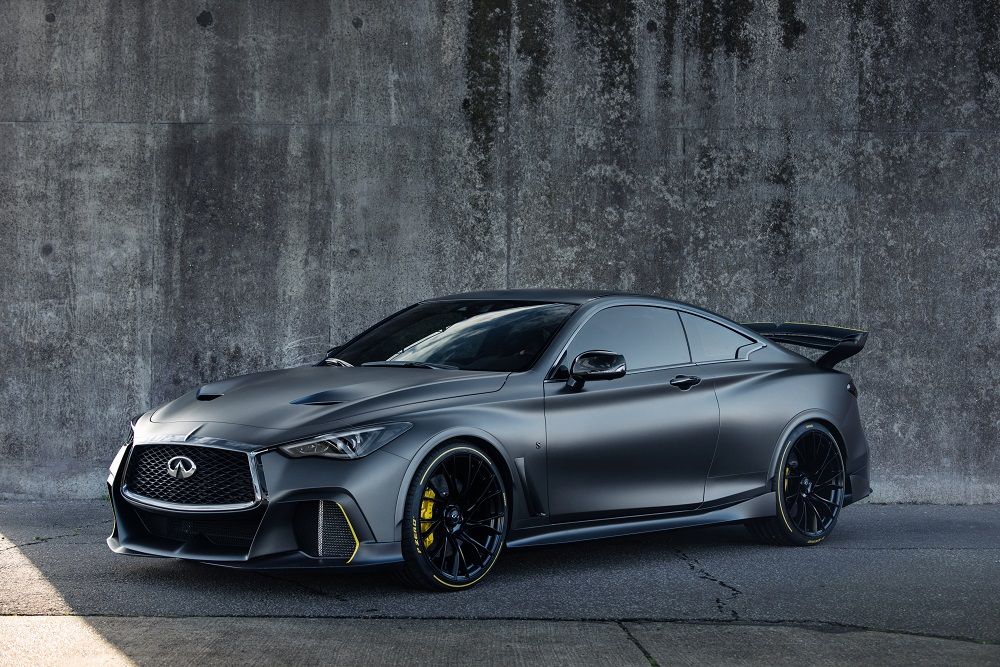 Moving on from the Geneva 2017 design study of the same name, the Project Black S prototype now boasts many developments. These include weight reduction, a motorsport-inspired interior, an aero-effective and purposeful bodywork update, and significant powertrain advancements with a world-first energy recovery system that harvests energy under braking and acceleration. The result of INFINITI’s Alliance partnerships, Project Black S represents an ongoing learning venture between INFINITI and the Renault Sport Formula One Team, exploring the potential for motorsport-inspired products and processes.

The world-first dual-hybrid technology is derived from Formula One and engineered specifically for the road to create a potential new performance flagship. It also illustrates INFINITI’s commitment to developing exciting high-performance electrified powertrains.

A focused, agile team of designers and engineers has enabled the rapid development of early prototypes, with feasibility and performance testing due to continue into 2019. A test-bed based on the INFINITI Q60 and its 400 hp ‘VR30’ twin-turbo V6 engine, the Formula One®-inspired dual-hybrid system combines supersport performance with smart energy management. Recuperating heat and kinetic energy, the system could transform the performance of the brand’s road cars.

Designed and engineered in collaboration with the Renault Sport Formula One Team, the Project Black S prototype represents the ultimate expression of INFINITI DNA. The development prototype builds on the organic, artistic design of the Q60 sports coupe, giving it greater aerodynamic efficiency and high levels of downforce, as well as a functional motorsport-inspired look. Its high-performance design is matched by the creative packaging and engineering of its unique dual-hybrid powertrain.
For further information CLICK HERE